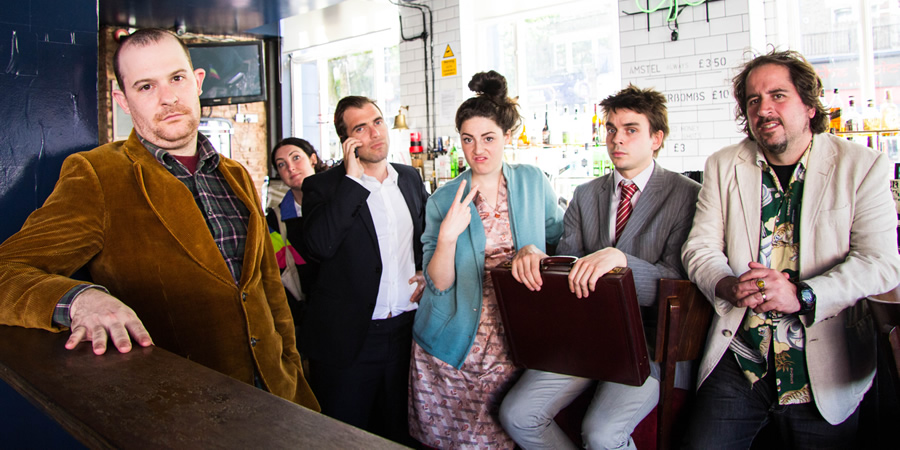 Shambles is a sitcom set in a real live comedy venue - so while the idiotic staff and their endless wranglings are all fictional, the comedians appearing at the club and the club itself are both real.

The club is run by a group of misfits and incompetents - endlessly self-sabotaging and curmudgeonly promoter Harry Deansway is joined by over-eager interns, parasitic agents and promoters, well-meaning venue managers and hedonistic bar staff.

Shambles is the brainchild of UK based comedy creator and promoter Harry Deansway who wrote, directed and, as well as being the promoter who created the regular London comedy night of the same name.