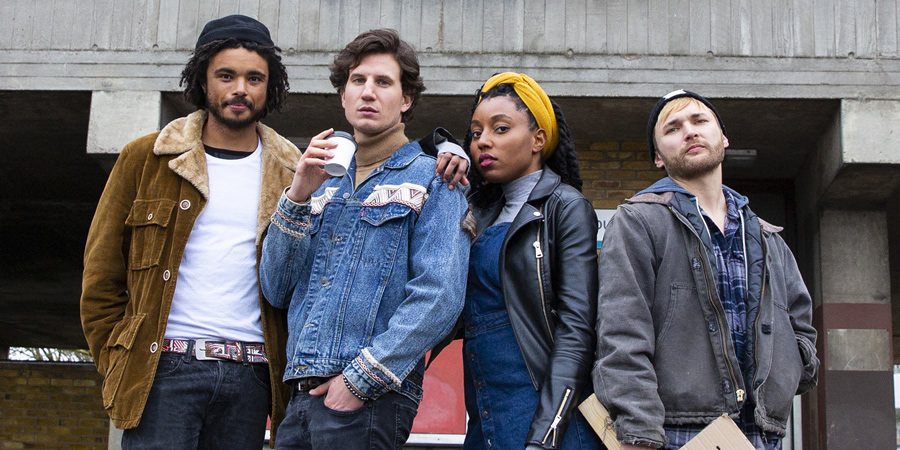 We all know renting in London is tough, but if you throw in a hot-headed social activist, a dodgy money-grabbing landlord, and an illegal sublet, it's a recipe for disaster...

Flatshare is a comedy drama series by James Barber. It's an LGBT series that follows the trials and tribulations of four house mates living in Peckham.