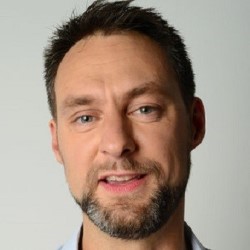 Leo's previous show Right-Wing Comedian was banned from venues following allegations of transphobia, despite being written with a transwoman he dated. His new show is a candid account of sex and censorship, ripping into political correctness, environmentalists and 'wokeness'. But most of all the Scottish Comedian of the Year 2017/18 is shockingly funny. Not for people who sign online petitions. As seen on BBC at the Edinburgh Festivals and the Comedy Store. 'Kearse is seriously good. Quick, funny, smart and to the point... Hilarious' (Scotsman). 'A giant of the art' (Chortle.co.uk). 'Genuinely offensive... A traumatic experience' (TheNationalStudent.com).

A triumphant hour of outrageous and dark jokes, not pushing but gleefully running straight through the boundaries of taste and acceptability in today's "woke" culture.