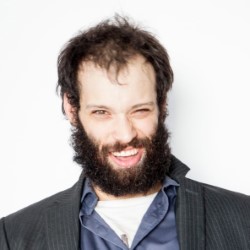 Comedy's one rule is 'no punching down'. Tim Renkow is a crippled, redneck, Mexican Jew. It's hard for him to find a group he is not allowed to make fun of, which is insulting. Join Tim as he tries to find a group that is off-limits and prove that he's not the bottom of the social ladder. 'A proper renegade as a comic' **** (Scotsman). 'Renkow is a smart comedian who also knows how to handle dark, risky material' (Guardian). Star of A Brief History of Tim (BBC), Bobby and Harriet Get Married (VICELAND).