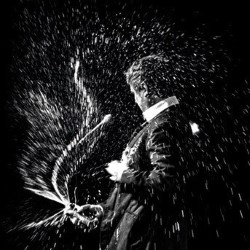 A brand-new 70 minutes, blending poeticals, talking, standing, spotlights, cables, Kronenburg, foot-stamping and old-school wistfulness. Edinburgh Comedy Award winner years ago. Barry nominated this year. Key has appeared in Taskmaster, Inside No. 9 and the Alan Partridge franchise. 'Flabbergastingly funny... I have never enjoyed myself in a comedy show more' ***** (Times). 'If this is love, Key's hard to resist' **** (Metro). 'Megadate is another Tim Key delight: delicate, yet a feat of comic strength' **** (Independent).

Classic Key: this year we get an insight into what it might be like to date Tim Key (Madame Tussaud's, anyone?) via his usual blend of snappy poetry, filmed sketches and sporadic rants. Consistently funny.