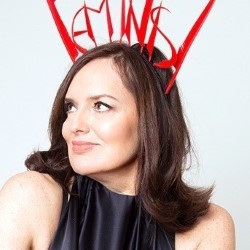 Deborah Frances-White (from BBC Radio 4 and Global Pillage) and special guests record an episode of her hit comedy podcast, with over 30 million downloads since 2016. The show is about noble 21st-century feminist goals and the hypocrisies and insecurities which undermine them. Previous guests include Susan Wokoma, Lolly Adefope, Sarah Millican, Sharon Horgan and Sara Pascoe. 'Hilarious, irreverent, classy as hell... and screamingly funny. Everyone is talking about them talking' (Phoebe Waller-Bridge, Guardian).