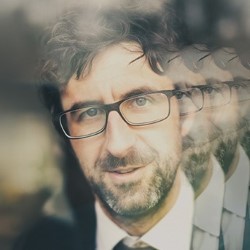 Cluster-bombed with yoghurt on Taskmaster, half-killed on The Island, Watson returns to what he's best at: being indoors. This show began as a work-in-progress in Edinburgh last year and now makes its official premiere. It's about empathy. Ninety-nine percent of the world's population is made up of other people - why can't we understand them? One of the Fringe's most beloved and thinnest acts offers some suggestions. Complete sell-out 2014-2017. 'He sparkles with originality and verve' (Chortle.co.uk). 'Arrive early for the longest queue in Edinburgh' (List). 'Hugely entertaining, craftsmanlike, remarkable' (Telegraph).