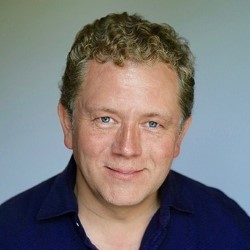 Join comedian/impressionist Jon Culshaw and legendary comedy writer/producer Bill Dare from BBC Radio 4's Dead Ringers for unscripted, spontaneous comedy and conversation as politicians, sports personalities and celebrities are up for roasting. The audience help choose which characters appear and what direction the show takes. Jon reveals the secrets of mimicry, and shares stories of some of the fascinating characters from his childhood in Lancashire and early career. Together with Bill he reveals some of the mayhem of life behind the scenes in television and on the celebrity circuit.