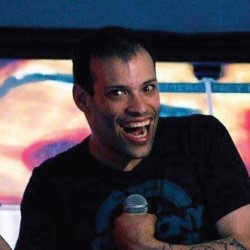 As seen on BBC One, BBC Two, BBC Three, NBC and 5Star, veteran of the Fringe Tim Renkow says, 'come on guys! Let's worship Satan, yay! It's worth a try. After all, it can't be any worse.' This is only on for five days, so see it before it costs real money.