During this year's Edinburgh Festival, the latest winner of the prestigious BBC New Comedy Award new act stand-up competition was crowned. As you can hear on BBC Radio Player, Heidi Regan was picked by the judges as the winner. They praised her distinctive style and the detail in her writing.

Regan has an interesting backstory. She grew up in Australia (in fact, she went to the same school as festival star Sarah Kendall - they must be doing something right in New South Wales!), but she moved to the UK several years ago to pursue her goal of working full-time in Comedy. She's currently a receptionist at a production company in London, but this recent win has further stoked her ambitions to forge a career in making people laugh.

We caught up with Heidi to find out more... 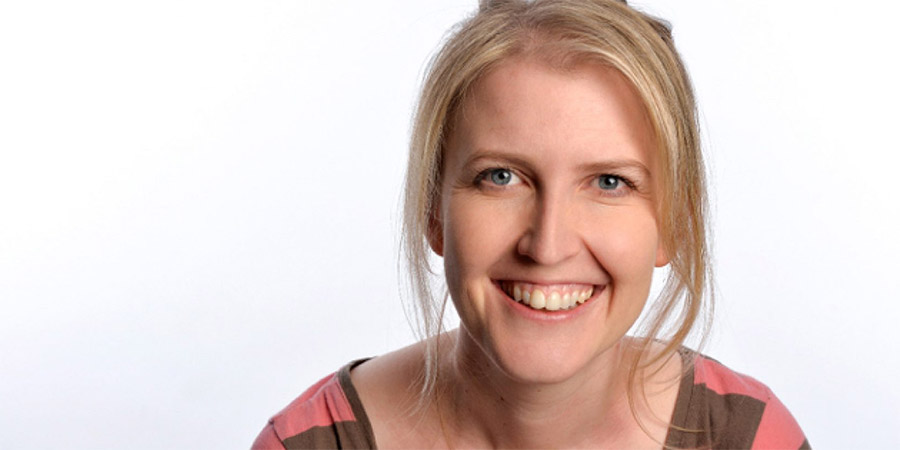 How did you first get into performing comedy?

I started writing comedy from a young age. It was mainly silly stuff.

I went to uni, did Communications, and focused on making short films. They were all silly comedy ones. Then I did Film Studies and Creative Writing and wrote a film. It was at this stage I said 'comedy is what I want to do'.

I then moved to Sydney and got work on a TV sketch show for a year, but I basically spent the next - however-many-years, I can't remember - writing film scripts and TV scripts that have never been made.

I decided to move to the UK partly because I thought 'British comedy - that's what I love!'. However, after I moved here I was still doing the same thing and not getting anywhere with it really. I decided to write a book - I thought that would be quicker. It wasn't!

Two years ago, having just finished writing this terrible book, I was in a proper panic, just going 'What am I doing with my life? What am I doing with all this writing?' Then, with my brain freaked out, I started having ideas for stand-up, which I'd never wanted to do because I was so scared... I just had such a stage fright thing and no interest in the life of a stand-up.

I wrote the thoughts down to get them out of my head and then, when I woke up in the morning, read them, and went, 'Oh I like these still, and it won't kill me to try it.' So I did. I then realised 'Oh, this is so much easier than writing a book!' Well, not easier, but not as bad as I thought it would be.

That move to the UK is a big thing. Was it an easy decision to take?

I really don't remember thinking hard about the move. I think because my brother lived in Scotland already, and I had a British passport.

I don't remember it. My mum got really upset when I said that. She said I felt stuck in a rut in Sydney. But I think I thought there's more comedy here [in the UK]; it's so small in Australia.

It was actually a bad move for my career though - for those eight years, because in Australia it's a small pond so actually I was getting somewhere. I'd got work on a sketch show. They really wanted female comedy writers, and once I moved to the UK I got offers of work that I couldn't take. I was like 'I'm too busy working dead end jobs in London, I can't come back and follow my dream.' But I just loved the UK so much I didn't mind. 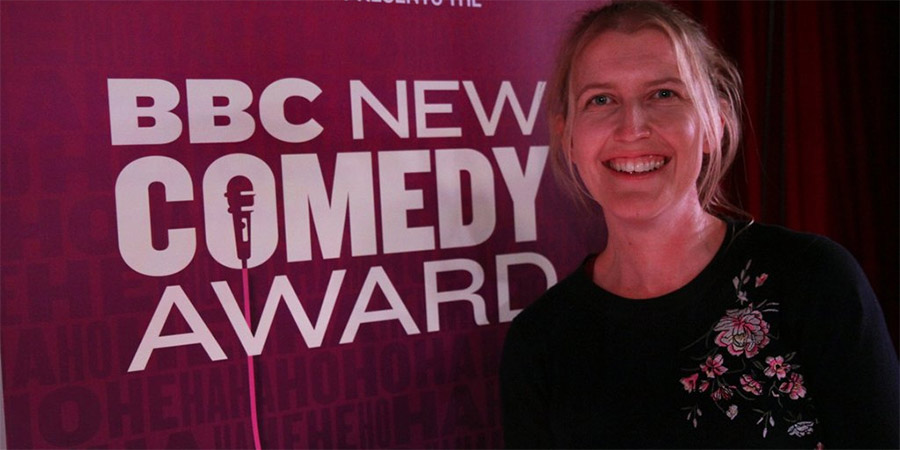 Can you talk us through that first stand-up gig then?

The nerves before were insanely huge. My friend who came to the gig, she works with children with anxiety disorders, and said she'd never seen someone so anxious. I thought I was really holding it together well!

Then, once I was on stage, it was the adrenaline thing... all the physical signs dropped away. As soon as I got my first proper laugh I just went 'okay, this is okay'.

When I came off everyone was so nice about that and I was like: 'I think I'm going to keep trying this, this is good'. But I kept having the nerves for a good six months.

As you displayed in the BBC final, your style is slightly different from the average stand-up.

I stuck with that style from the beginning. I think because I've been writing for years I kind of knew my voice already. It's all pretty silly and surreal and stuff. 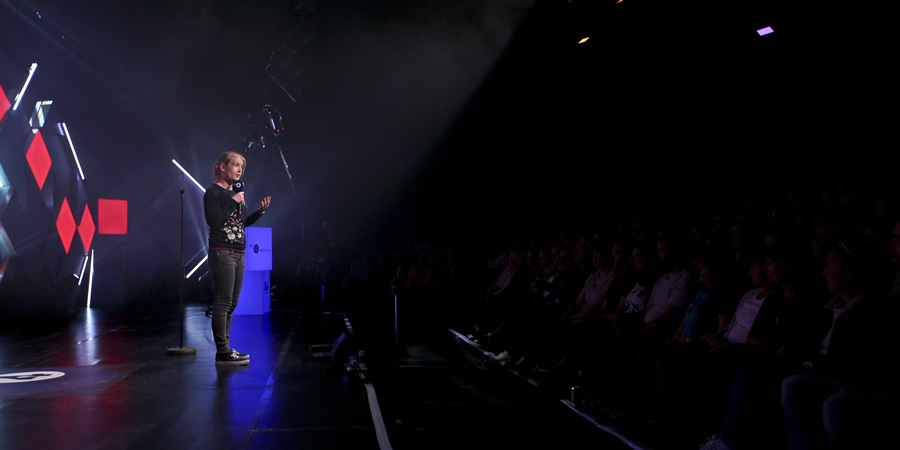 So how were your nerves before going on at this BBC final?

Nothing like they used to be. My only nerves were about forgetting a line and screwing up onstage. I was going to the bathroom a lot just to calm myself, but about a minute before I just suddenly went: 'I feel like I just want to get out there and do it.'

On stage I was nervous at the start because I thought the mic wasn't on. I couldn't hear myself so I was like 'oh god; do I address this?' But then when the audience laughed I thought 'okay they can hear me, I just can't hear it'. And then I relaxed into it. I was actually enjoying it by the end, which is a very rare thing for me, I don't usually enjoy myself in the moment on stage.

Did the fact you were speaking live on Radio 4 to millions enter your mind?

Yeah! It kept being said how many people will listen and see the show. I was going "Oh my god. I do not like this. I do not want people hearing this live." But then, the minute before, it just dropped out of my head and became "it's just a gig".

I think, because we had the semis there [in the BBC tent venue], that was so good for us, because you knew what you were walking into. I think that helped a lot. 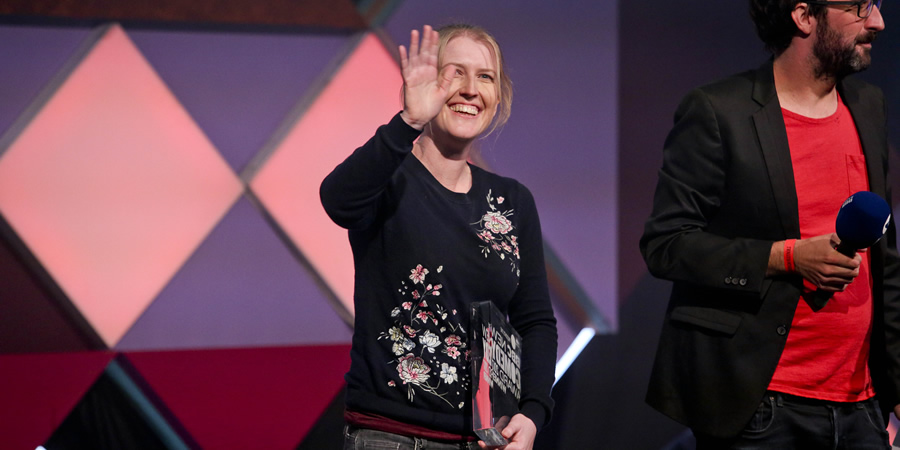 Well, clearly it went great, as you were picked as the winner! What went through your head as they announced the result?

I had this with So You Think You're Funny? [the new act competition Heidi won in 2016] as well... my brain completely disassociated. I was talking to a comedian at the bar after the win and she explained, "That's because you're a comic".

I just viewed it from the outside. I think I just went a bit numb. It was a surreal thing. It took me a good three months to really decide that So You Think You're Funny? had actually happened, so I'm hoping it'll sink in quicker this time.

The show's host, Mark Watson, mentioned your parents had flown over to be in the audience...

Yeah. He took the mic away so quick I didn't get to fully explain. Everyone has been asking "Did they fly over just for this?"... but I've been saying "No, no, they were already here for a visit, because my brother's in Scotland." That would have been really risky if I'd not got through to the final!

My parents are great. I've been doing very basic day jobs for so many years and they have never once said "Heidi, what are you doing?" As soon as I started stand-up and it started going well they were like, "This is awesome." They are supportive to a ridiculous degree. 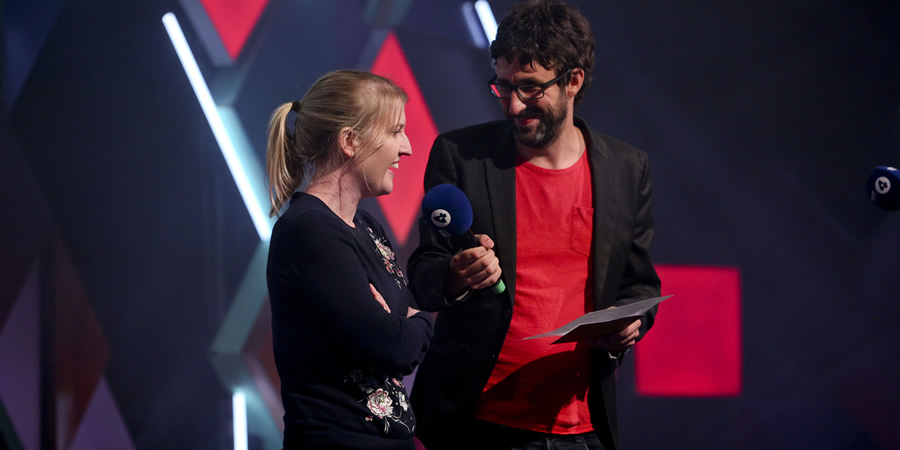 So what are your next steps?

Yeah, I need to get better at planning my career.

This BBC thing: when I saw the prize includes a script commission, I was like "that's the best prize ever" because I've got stuff I've written that I'm ready to pitch.

I also want to make good Edinburgh hours, and do that for as long as possible. I saw Mat Ewins the other day - that and Jordan Brookes's show - that is like what I want to do for my first hour.

Until this Edinburgh, I was in such a rush with it all because I feel like I started late. I was like 'I'll do half an hour this year and just do an hour next year'. I'm doing the half hour this year now and it's made me go "There's so much to learn that you don't even imagine." It's not about writing a great set, it's about learning how to put on a show for people.

So it might be a 45 minute next year and then an hour after that... but if I could get good enough I'd love to go the next year just to get cracking. 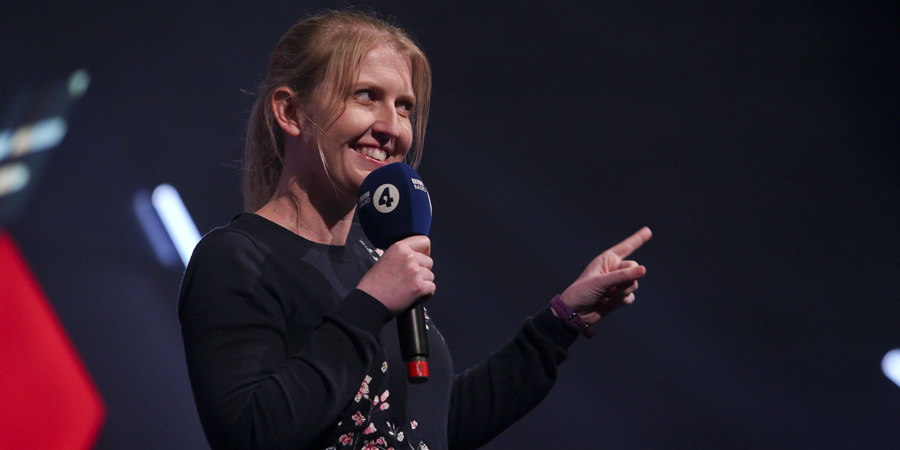 You mentioned you have an idea already for the script commission part of the prize... could you tell us more about that?

They might not like it, I don't know how it works, but I've already said to them that I have a book of short stories. A friend read them and really liked them... they liked them so much more than the book I spent two years on! I wrote these in like three months.

My friend said at the time: "Why don't you record them? Or film them? Make them as cartoons?" I was like "I'll just record my friends reading them." So I got my friend Sunil to do the narration. We recorded a couple and they were 15 minutes, so I was like "I've already practised doing it and I really like it!" So we'll see if they like that and, if not, I'll try other stuff.