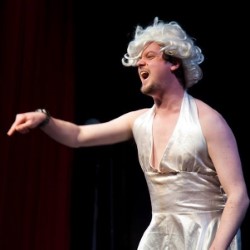 Six years ago award-winning administrator Andy Barr was marooned on a tropical island. Now he tells the story of his stranding, his rescue and the years of administration, solitude and madness in-between. Andy Barr is a member of the Weirdos collective, a 'rising star' (LaughOutLondonComedyClub.co.uk) and shambolic degenerate.