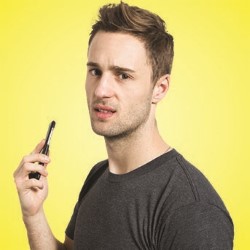 A riotous new comedy about the price of fame and the cult of celebrity. Jamie wows the nation on Britain's Worst Singer and gains notoriety after swearing on Children in Need. Guided by his ruthless agent, Diana, he now has to navigate the trappings of overnight fame. His ego is flattered by all the attention, but the version of himself in the tabloids causes havoc in his relationships with girlfriend Jen and best friend Max. Will Jamie sink or rise to the great heights of Strictly? Starring Samuel Curry (The Apprentice 2015).