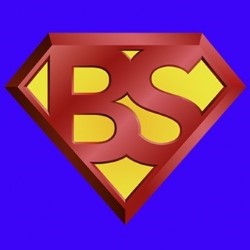 Stand-up show performed on the following days in August 2016...

A revolving line-up of great and varied comedians come together in a number of show heats to argue and decide who is the greatest superhero, with the semi-finals and a Grand Final later on in the run. 'A super fun night' **** (AdelaideFringe.com). 'An epic battle, with laughs of comic proportions' **** (FringeWorld.com).