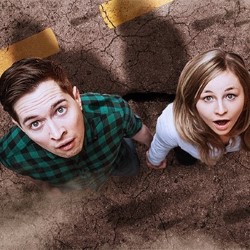 Armageddon is imminent. And no one saw it coming. A sketch show for the end of days, starring speed daters, ghost dinosaurs and cockroaches. The end is nigh!