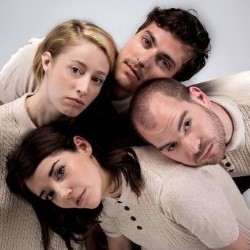 Visit zazU! A land of opportunity and absolutely no mole infestation problems whatsoever. Last year, visitors to zazU had a lovely time ('I like the water' (Matt Berry), and found that as well as a lovely holiday they also got a 'side splittingly funny' (Broadway Baby) character and narrative comedy show named one of List's Top Five Debuts 2014. Someone else said: **** (ThreeWeeks). Things have been escalating in the land of zazU, so this year they bring you a show which is even stranger, even more dangerous and ever more epic.