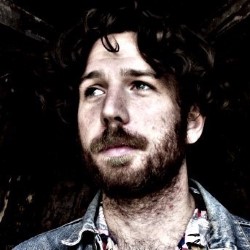 That rich taste when you bite your tongue? It's those quiet stories in your blood, passed down from generations before you. These are mine. A new set of truths, fears and lies from the creator of Vincent Goes Splat ('...an absurd and yet utterly human story', Daniel Kitson), A Night to Dismember (runner up Best Comedy and Best Comedy performer at Auckland Fringe) and The Lounge Room Confabulators (Winner of the Underbelly Edinburgh Award).

Wil is exactly six feet tall, just like the tower of dirt they'll bury you beneath when you're gone. Fresh from taking his previous creations A Night to Dismember and Vincent Goes Splat through London, Brighton, Melbourne, Auckland and Oslo, Wil arrives with a brand-new show, premiering at the Edinburgh Fringe 2015.

You can spot Greenway's turn of phrase from a mile away, but this year there's also live music and two lovely voices to sweeten the deal. At the heart of For the Ground that Grew Me is a Greenway family story that's lived nearly 100 years, something old which, in this case, is certainly something new.