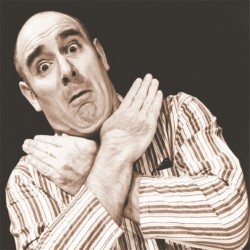 In 1994, Guy Masterson exploded into Edinburgh with this unique solo interpretation of Dylan Thomas' timeless masterpiece. It has played over 1500 times all over the world to universal acclaim. Celebrating a day in Llareggub, 69 ebullient inhabitants are hilariously conjured in an amazing feat of memory and virtuosity. With a stunning original soundscape by Matt Clifford, it's bawdy and beautiful, sad and sensual and, through the music of language, leaves indelible, unforgettable images of humanity. 'One of the most inventive, remarkable performances of the decade!' (Times). 'Impeccable timing, dexterity, precision, sensitivity and panache!' (Guardian).