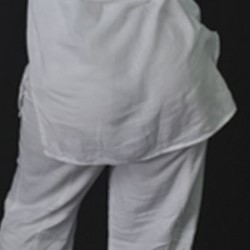 Manty was taken back by some man touching her large backside. Instead of getting angry she began putting it into perspective. Join Manty, an ordinary black woman with an ample bum, as she navigates life's ups and downs. Meet the women who influence and inspire her along the way; a freedom fighter, martyr, saint and more... This one woman show from Amantha Edmead, directed by John Sailsman, is celebrating the black female experience and large-bottomed women everywhere. Told through a fusion of comedy, storytelling, movement and song. An uplifting piece that gets to the bottom of things.