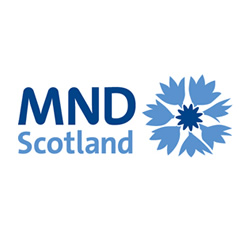 Fringe comedy favourites Stephen K Amos, Stewart Francis, Fred MacAulay and Tony Law are to perform in a show at the Edinburgh Fringe, compered by Daniel Kitson, to help MND Scotland Trustee Gordon Aikman fund a cure for the disease.

Stand Up Against MND will take place at the Assembly Rooms on Monday 10th August at 9.30pm.

Gordon says: "If you're not sure what to see at the festival, look no further than this top line-up, full of Fringe favourites - and all for a fantastic cause. Stand Up for MND is set to be a great night, that will bring forward the day we find a cure. It will be too late for me, but we can and must find a cure for future generations."

Fred MacAulay comments: "Having met Gordon a few times now I'm inspired by his relentless campaign to raise more funds to help find a cure for this awful disease."

Stewart Francis adds: "Both Gordon and MND Scotland are doing amazing work to fund a cure for this horrible disease. I'm delighted to support them. It's going to be a great night for a great cause."

Iain McWhirter, MND's Head of Fundraising and Volunteering, said: "This line up is so hot that you'll need a bucket of ice cold water over your head to cool down! As a charity we rely on fundraisers like this one and donations so that we can fight MND in every way possible. Every person who buys a ticket is making a huge difference."

Scottish Comedy Agency Director Sarah Watson says: "This is probably one of the best line ups you'll see at any comedy festival. This is without doubt one of the hottest tickets on the Fringe. Get your tickets today, and be quick!"