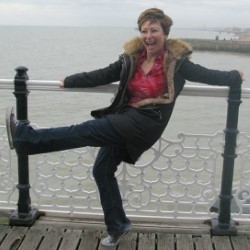 Come and watch Sam Savage stick a wig on her head and call herself Linda Larkin. Funny's Funny winner 2012, NATYS runner up 2013 (all this without a wig). Now she has a husband called Terry, a guinea pig called Dougal and believes the world can be saved with love and gossip. Some people have seen her and said nice stuff like: 'excellent, hilariously off-kilter' (ThreeWeeks); 'Upbeat and endearing ... comedy natural' (Chortle.co.uk); 'She writes proper jokes' (Jenny Eclair).