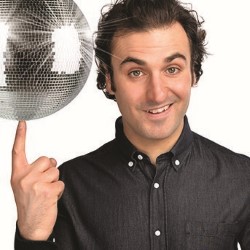 The Festival's family favourite funny man and occasional disco dancer returns with a brand new stand-up show! 'A definite must-see!' **** (Edinburgh Festivals Magazine). 'Monahan possesses the rare ability to be hilarious without being outrageous' ***** (ThreeWeeks). 'There isn't a comic quite like him and his hugs alone are worth the price of admission' ***** (TheNewCurrent.co.uk). 'I had sore cheeks from laughing by the time l left. The hour was sadly over far too quickly' ***** (BroadwayBaby.com). 'The same mix of control and on stage charisma as a young Alan Davies' **** (Herald).