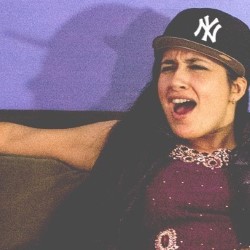 Noman's Land is an autobiographical one-woman comedy about Natasha's experiences as a gay, female journalist in Pakistan. The comedy centers around a lesbian Tinder date in Karachi. When the unusual opportunity of this Tinder date presents itself, Natasha takes it to regain a sense of normalcy after a raid in her office. She hopes that the date will be a way to replicate her New York life in Pakistan. However, the meeting takes an odd turn when the date, Jamal, brings her own complications: her father was recently kidnapped by the Taliban...

Introducing half-Pakistani comic actress Natasha Noman, who makes her Edinburgh Festival debut with her show Noman's Land. Noman's Land is an autobiographical one-woman comedy about a lesbian Tinder date in Karachi. Natasha, who now resides in New York, explores the changing political and social landscapes in Pakistan - from the rise of religious fundamentalism to the all-important search for love (or at least sex).

Noman's Land is the culmination of Natasha's surreal experience working as a journalist in Pakistan. Natasha feels out of sorts after fortuitously missing gunmen raiding her office. When the unusual opportunity of a lesbian Tinder date presents itself, she takes it to regain a sense of normalcy. A date with a (mostly) attractive woman replicates aspects of her New York life. However, the meeting takes an odd turn when the Tinder date, Jamal, brings her own complications: her father was recently kidnapped by the Taliban.

Natasha plays a number of different characters, including her Tinder date with a mysterious past, a hard-hitting news editor, an eccentric pair of siblings and her English mother, to name a few. The show is a quirky look at a country often associated with terror. Every character comprehends the chaotic surroundings in a unique way. As Natasha explores the various lengths people will go to in order to survive and thrive in a culture of fear, she unknowingly finds her own way to cope with this challenging experience, learning to trust herself in the process.

The show has been co-written and directed by Veda Kumarjiguda whose recent credits include No One Asked Me (Tina, NYC Fringe, Best Ensemble Award), Rong Nao Tumi (Oma, Sarratir Productions) and Our Voice's (Roma/Amu, South Asian Theatre Festival Cincinnati). She directed Anuvab Pal's Chaos Theory for the 2012 South Asian Theatre Festival New Jersey. Veda is the editor and founder of SpliceLit.com, an online literary magazine focused on multimedia storytelling.

Natasha Noman has performed the leading role in Chaos Theory, also directed by Veda Kumarjiguda, which went to the 2012 South Asian Theatre Festival. Natasha is a journalist and currently works for Mic as a live news writer, with a focus on global politics. Before Mic, she reported on regional affairs from Pakistan. Being a lesbian with an American accent made for a pretty dull time.

Veda and Natasha met in 2010 at Columbia University. Veda spent the first few months of their friendship intimidated by Natasha's ability to flirt with a pebble. The tables turned when, in 2012, Veda directed Natasha in Anuvab Pal's Chaos Theory and Natasha realized Veda can be pretty intimidating herself. Because of their shared sense of humour and opposing ways of looking at the world (Natasha is a free spirit and Veda is a dictator), they discovered that they love writing and working together. And they are the poster children for improved Indo-Pak relations. #BAE