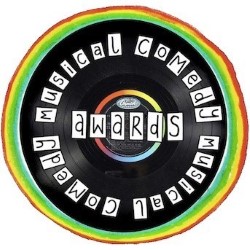 Music + comedy x outstanding talent = MCA Showcase! Now in its seventh year, the MCA has provided a launch pad to superstar acts like Frisky and Mannish (2009 finalists), Abandoman (2010 winners) and Jay Foreman (Best Newcomer 2009 and has toured with Dave Gorman). This showcase of the annual competition in London is the perfect opportunity to see the best established and emerging musical comedy acts at the Fringe! Proudly sponsored by WeGotTickets.com. Sell-out shows 2009-14.

After the fantastic success of the 2015 final, where female acts achieved a clean sweep on all awards (Rebecca Humphries won Best Act and Audience Favourite, Faye Treacy won Best Newcomer), we will again have two top female acts headlining our Edinburgh shows at the Underbelly Topside, with the incredible Jess Robinson and Rachel Parris leading our line-ups of the best musical comedians at the Fringe!

JESS ROBINSON - "A star is born. The vocal gymnastics reach a crescendo with a show-stopper as breathless for Robinson as it is breathtaking for us." **** Metro

DAVID ELMS - WeGotTickets MCA Winner 2014, "This is a beautiful, funny, clever and utterly engaging show from a comic who really turns stand-up into something of an art form. As a debut hour it is exceptional." Kate Copstick, The Scotsman

JENNY BEDE - WeGotTickets MCA Best Newcomer 2013, "If there was one act on the bill I would confidently tip for stardom it would be Bede." - Bruce Dessau, Evening Standard

ELEANOR MORTON - "She pursues a homemade brand of comedy that's liberated from the conventional confines of set-up and punchline, allowing her to say something a bit more personal." - James Kettle, The Guardian

CHRISTIAN REILLY - "If you're a fan of Bill Bailey or Rich Hall, you're probably a Christian Reilly fan already" - The Guardian

RACHEL PARRIS - WeGotTickets MCA Runner-Up 2012, "She has us hanging on her every word...One sometimes doubts that Britain's got talent, but Parris has it in spades", **** The Guardian

DIZNEY RASCAL - WeGotTickets MCA Winner and Audience Favourite 2015, "Her Edinburgh show had what may be the most instant success in comedy history" - The Guardian

LAURENCE OWEN - WeGotTickets MCA Finalist 2014, "A joy to listen to... Owen will befinding fun and insightful material for years to come." The Stage

LUKE COURTIER - WeGotTickets MCA Finalist 2015, "His voice and stage presence ooze charisma and confidence and his lyrics are those of a master wordsmith." Ed Chappel, MCA Organiser

CHRIS TURNER - One of Guardian's top 10 comedians to watch at the Edinburgh Fringe, "There are some truly masterful gags in his repertoire, crafted with intellectual panache and a logophile's enthusiasm." Jay Richardson, Chortle