Faye Treacy is a writer, comedian and presenter from South London.

Born in Croydon, Faye had a relatively normal childhood till she was sent to the local Convent. Five years later upon getting kicked out of her Convent school (for putting the Convent on Ebay), she packed her bags and went to the Brit School of Performing Arts. Realising she never wanted to be a Pop Star she went onto to study trombone at the Royal Academy of Music.

Upon graduation Faye had a busy freelance career. Her musical career highlights include having been the resident trombonist for the Chris Moyle's Quiz Night on Channel 4, as well as playing for The Selector, Kiko Bun, The Maccabees, Rod Stewart, Tankus The Henge, PRO Glenn Millar Big Band, Hackney Colliery Brass Band, Riot Jazz and The London Vegetable Orchestra.

Faye decided to give comedy a go in late 2014 and and went on to win 'Best Newcomer' at the Musical Comedy Awards in 2015. Since then her comedy career has rocketed, seeing her perform internationally at venues including: The Frog and Bucket, XS MALARKEY, The Stand, Top Secret, 99 Club, The Glee Club, Angel Comedy Club, Utrecht International Comedy Festival, Edinburgh Fringe and Leicester Comedy Festival. As well as appearances on BBC Radio 4, and BBC 3.

In 2018 she took her debut hour "The Problem with Faye Treacy" at the Edinburgh Fringe to rave reviews, with one of her jokes listed as a top Joke of the fringe in the Evening Standard, The Mirror and The Daily Record.

Since the pandemic Faye has busied her self writing 3 scripts (two t.v pilots and one feature) in between teaching music online which consists of her mainly encouraging 6 year olds to come out from under the keyboard or begging 15 year olds to unmute.

""Simultaneously childish, genius and inescapably memorable... one of the most unique performances you'll see in the Fringe this year.""Shortcom (Shortcom), August 2018

""Rebellion of classical music against punk dad. Vibrant and lively.. She belongs on stage clearly.. Somehow a little of the Victoria Wood in her. Huge response!""The Stand Comedy Club, Edinburgh, 2016

""Bucket full of comedic talent... Original, engaging and clearly comfortable in front of a large audience, Faye is one to watch for the future.""Lynn Parker, CEO FUNNY WOMEN, 2016 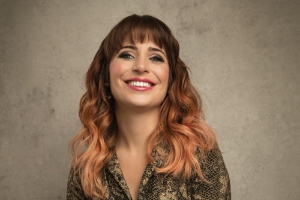 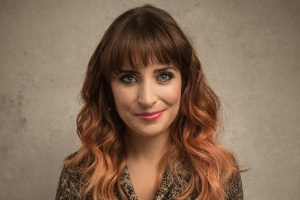 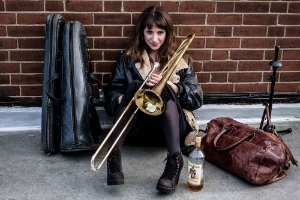 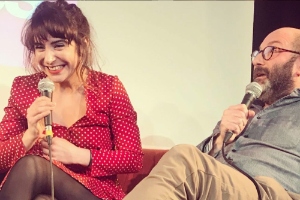