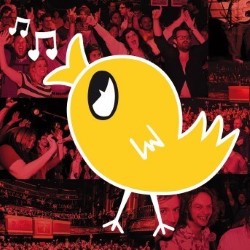 This is a standing only event.

Forget karaoke! Join the Massaoke revolution. The idea is simple: a live band plays the hits, and the crowd sings as one, guided by lyrics on-screen. It's more a religious happening than a club night, where the congregation roars out chart anthems from Erasure to Bonnie Tyler, through Queen and Oasis. Last year the biggest names in comedy led the crowd in song as it became the place to be for comedians letting their hair down. Al Murray, Tim Vine, and Phill Jupitus are among the converts so expect some special guests.