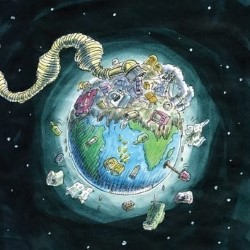 Spoken Word performed on the following days in August 2015...

Performers will invite audience member(s) onto stage to perform a poem.

Dramatic stand-up performance poetry accompanied by Wallace and Gromit creator Nick Park's images. The show is based on their two funny and challenging books Green Poems for a Blue Planet and Verse for the Earth - winner of the Best Artistic Response at the 2014 Climate Week awards. Performed from LA to India and from Malta to the Isle of Man, the Green Apple Awards described the 'UK's Green Poet' as 'great entertainment', 'a wonderfully engaging performer', 'funny, enlightening and thoughtful' and 'sheer environmental magic'.