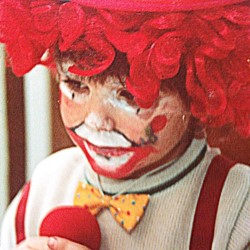 An idiotic comedy show about having and then not having a father, and how stupid you need to make yourself look to get away with speaking ill of the dead. A brand new, incredibly silly show from The Alternative Comedy Memorial Society co-host and Radio 4 News Quiz writer, who's currently training with Philippe Gaulier. 'Intelligent, precise and deadly funny' **** (Chortle.co.uk). 'A comic who's prepared to push both himself and his audience in the pursuit of new laughs, of unorthodox, never-been-tried-before routes to the funny.' (Guardian)