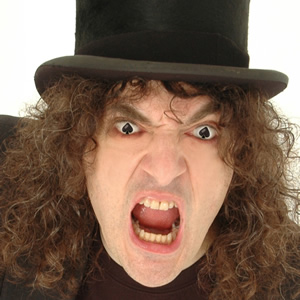 The nightmare continues... Highly offensive stand-up and sleight of hand skills combine to produce a show that uniquely defies audience appeal. Please note that while his act has been successfully 'middle-classifed' by other performers, they have all since contracted the ebola virus and regularly pass it on to their audiences. You can do the right thing for yourself and see this show instead. All proceeds go to the Keep Edinburgh English fund. Note that this show contains the best version of Peter Kane's Wild Card with ordinary cards ever (Crimp, issue 77).