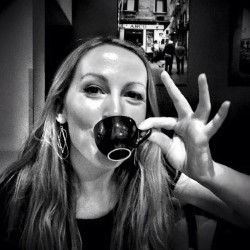 Since last year's total sell-out (it was free) show, Jenny has performed internationally at the Adelaide Fringe and the Magners International Comedy Festival (across Asia) and won countless (two) competitions along the way. Edinburgh 2015 promises to be a festival.

When asked what the theme of the show is Jenny has answered 'I don't know what the theme is', cleverly using the title. As the show has developed, an underlying thread of 'Jenny said WHAT?' has emerged, as she often says unexpected/unusual/foul things. Topics will include falling in love, music festival experiae (more than one experience), soft hands, bodily functions, singledom and cheesecake.

Jenny makes regular appearances on BBC Radio Wales as a panellist, correspondent, quiz contestant, or simply as herself on various shows (e.g. The Leak, The Jason Mohammad Show, The Rhod Gilbert Show, and more). In 2015 she has featured as a returning panellist on sell-out Jack Dee's Helpdesk UK Tour - helping the UK come to grips with their long-standing issues.

An award winning stand-up, Jenny has recently won the prestigious Laughing Horse New Act Award (2014), the Hobgoblin Comedy Award (2015), finished runner up in the New Act of the Year Award in 2015 (formerly the Hackney Empire New Act competition) and has featured as a finalist in the Leicester Square New Act Final and So You Think You're Funny.