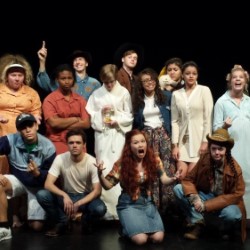 These comedic and heartfelt monologues were written by a group of playwrights from Austin, Texas in 1985. Based on the photo series by Richard Avedon titled In the American West, it depicts the people of rural Texas in all of their humanity. You will leave this show with a warm heart and some good traditional Texas music in your soul!