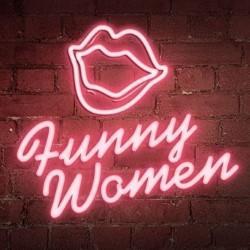 Event performed on the following days in August 2015...

Channel 4 celebrates the excellence of female writers and performers in 2015 with great comedy commissions from Sharon Horgan, Jessica Knappett, Caitlin and Caz Moran and Julia Davis. Get some valuable insight into how to write and present your script including initial development of ideas, characterisation, joke structure, layout and more. You will even get the inside track on how to get your project in front of the right people.