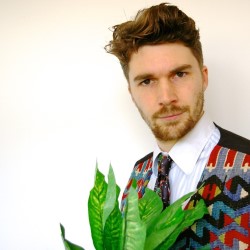 A board game where Victor Slung, poacher, tries to kill every single rhino. Only you can stop him. Unrelated to the Ionesco (UNESCO?) play. Interactive character comedy from Harry Carr: 'Hysterical and bizarre' (BarcelonaConnect.com), 'Baffling but really kind of wonderful' **** (List), **** (ThreeWeeks), **** (BroadwayBaby.com), **** (QX).

A board game where Victor Slung, poacher, tries to kill every single rhino. Only the audience can stop him.

Harry Carr has studied at Ecole Philippe Gaulier and wrote for Series 10-11 of Newsjack on BBC 4 Extra. Since 2011 he has been part of double act Luke & Harry. This is his first solo show.