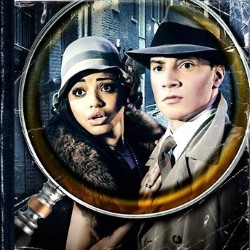 High Court Justice Sir Horace Fewbanks is found dead in his Hampstead home. Will Detective Inspector Chippenfield of Scotland Yard unravel the tangled threads of the case before he is upstaged by the celebrated, suave gentleman detective Montague Crewe? Set across Hampstead, Westminster and Scotland Yard, the Pleasance's 'breathtakingly skilful ensemble' (Scotsman) populate the stage with over 150 characters in this brilliantly ingenious 1920s crime thriller that sets its tongue firmly in its cheek. Young Pleasance 'makes many of the adult ensembles at the Fringe squirm with envy' (Skinny). 'An absolute delight' (BritishTheatreGuide.com).