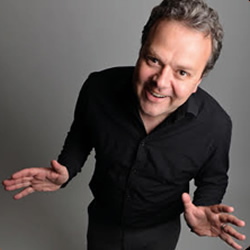 Seen on Live at The Apollo, The John Bishop Show and The Royal Variety Performance, amongst a myriad of TV and Radio appearances, join Hal warming up his Tough Luvvie show for his debut DVD record. This show previously toured the UK, selling over 40,000 tickets - arrive early!