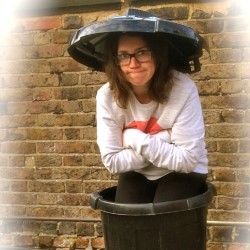 Female comic Gabby Rankin explores the harsh realities of being dumped by the man she thought she'd marry at the age of 29. Since then, she has just about managed to hold herself together thanks to chocolate, Lucky Strikes and online dating apps. With her bold and self-deprecating style, Gabby reveals the embarrassing truth of her newfound life as a singleton in London. Dumped is a stand-up comedy concoction of character acting and witty storytelling. 'Stand out performances from Gabriella Rankin' (Audience Review, Edfringe.com, 2013). Writer: Lola Frears. Director: Kenneth O'Toole.