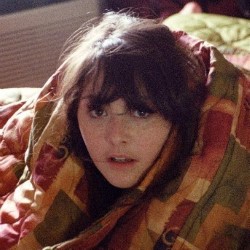 Character comedian Emma Sidi hurricanes through some serious characters in her debut solo show, characters who are intent on justifying their existence. In doing so, she may well fail to justify her own. Dance, words, voices and grimaces make up this hilarious hour of desperation and general avoidance of the abyss. Taking yourself seriously has never been so laughable. 'Highly talented... Extraordinary' **** (BroadwayBaby.com). 'Truly brilliant' **** (EdFringeReview.com). 'One to watch' (Knock2Bag.co.uk).

Alumnus of the world-famous Cambridge Footlights, Emma has been establishing herself as a solo writer-performer and is bringing her debut hour to the Pleasance Bunker 2. Emma creates a world of diverse and hilarious characters divided by uplifting dancebreaks, which she uses to move creatively into the next character adopting the new mannerisms through the dance. Emma commands the audience's attention with her confident stage presence and injects fresh energy into the show with each new character. Her detailed analysis of human nature is witty and intelligent and Emma is a comedic strength among this years new talent.

Emma began writing and directing comedy as part of the world-famous Cambridge Footlights and performed in many revue shows throughout university. In 2013, Emma was in the first ever show with a majority female cast, performing in their self-written, sell-out Edinburgh Fringe show Canada. The show received much critical acclaim and went on to tour the USA performing in five states including Boston, Washington DC, UCB Chelsea and New York.

Emma also wrote and performed a solo show entirely in Spanish; Nuts y Algo, which was performed in Chaipas, Mexico and received rave reviews from the Mexican press. Emma has been establishing herself in the London comedy scene performing regularly at renowned nights such as Knock2bag, The Invisible Dot's New Wave and The Pleasance Hub. As well as performing her excellent characters onstage Emma has starred in Gregor, a comedy pilot for Meathead Productions and The Pickle, a short film for the International 48 Hour Film Festival.