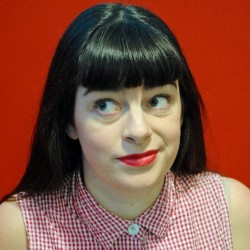 In one week, Brydie fell in love twice. Both of them stuck. A show about lust, alternative sexual lifestyles, the awfulness of terms like 'alternative sexual lifestyles' and ill-timed nosebleeds (is there any other kind?). 'Surprising and delightful ... sophisticated, well-crafted and touching storytelling from a woman who's lead a life less ordinary' **** (BroadwayBaby.com). 'Honest and funny' **** (ThreeWeeks). 'It's a rare pleasure to find a performer as likeable as Lee-Kennedy' **** (EdFringeReview.com).