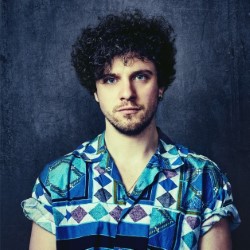 Alfie Brown is a white man from London, shockingly. He is currently the only comedian working in the UK to not have appeared on Daily Brunch with Ocado. Is ideology inherited? Does it inculcate through socialisation? Are wordy blurbs repellant? Why? This show is about the tribalism of -ism. ***** (Uber). 'In an age when conformity appears to be a prime commodity, Alfie Brown creates work that is truly intoxicating and a boon to those who want their stand-up to actually mean something' **** (List).

Back in Edinburgh after all these months! As he will be until forever runs out or until someone gives him a series on Radio 4. Following on from his sensational (meant in a superlative and pejorative sense) 2014 show Alfie Brown is back campaigning against consensus.

Alfie Brown is a white man from London, shockingly. His show is about the tribalism of -ism. Is ideology inherited? Does it inculcate through socialisation? Are wordy press releases repellent?

In a climate of instant outrage and mob opinion, nuance gets lost. Alfie goes looking for it. For a debate to be honest, its confines need first to be destroyed.

Alfie Brown is quickly establishing himself as one of the gutsiest, most compelling voices on the comedy circuit. Get it while it's hot.