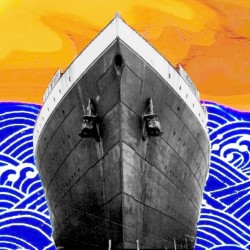 Blurb... the final sound made by a sinking cruise liner as it makes its majestic descent to the ocean floor. But how did it sink? And why were the two contraceptive companies on board unable to consummate their merger? STaG invites you to fifty minutes of laughter and mayhem, which would give even the most canonical ship-based entertainment a run for its money. Winner of STaG's New Works Festival, That Sinking Feeling was chosen by a panel of award-winning playwrights and producers to be performed at the Edinburgh Fringe.