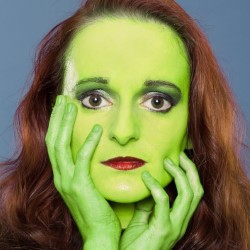 Piano, Powerpoint and possibly the biggest finish on the fringe accompany a show that is equal parts bleak and hopeful. Defying Gravity is 2012 Funny Women Variety Award Winner Sooz Kempner's brand new show. Her biggest dream is to be in the musical Wicked but so far she's only managed to get a season as a Christina Aguilera tribute act, a tour of the north with a Jack Russell and to single handedly cause her parents' divorce (according to her dad...you'll see). 'Quirky style and knockout voice' (Steve Bennett, Chortle.co.uk).