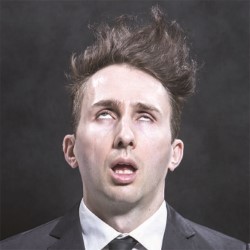 Malcolm Hardee Award nominee Nathan pays you £5 to watch his show. With a date of death, he's giving away everything, and dancing to Phil Collins. 'Cassidy is a great comedian and if he isn't the Edinburgh Comedy Award winner for 2013 he'll have you down the bookies next year' **** (BroadwayBaby.com). In his most personal stand-up show to date, last year's Ladbrokes favourite for the Edinburgh Comedy Award explores how life would be different if, like him, we all had a date of death. Expect jokes, an explanation of the word Sussudio, and £5!