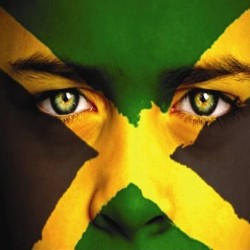 Chronicling her dangerous, adventure filled journey from revolution-torn 1970's Jamaica to the America of her dreams, the show charts the daredevil hopes of a desperate single-minded teenager, riding on a pinhole opportunity presented by the unwitting help of a handsome, love-struck CIA agent. This show is proof that sometimes truth can be more exciting than fiction.

This is Kingston-born Debra Ehrhardt's third one-woman show and first visit to the Edinburgh Fringe. Previous productions include award-winning Mango Mango and Invisible Chairs, which was produced by David Strasberg at the Marilyn Monroe theatre in West Hollywood and later optioned as a sitcom by Fox. She was also a 2007 NYC Fringe festival award-winner and Jamaica Farewell received a 2007 Proclamation from the City of New York for her outstanding contribution to the Jamaican community. Ehrhardt is currently adapting Jamaica Farewell for the big screen.

Jamaica Farewell is directed by Joel Zwick, director of Big Fat Greek Wedding, the highest-grossing romantic comedy of all time. Recent films include Fat Albert and Elvis Has Left the Building. Zwick has also directed on Broadway, Off-Broadway and for Broadway touring companies including the Broadway production of George Gershwin Alone at the Helen Hayes Theatre.

Jamaica Farewell is one of three works being brought to the Fringe, produced by the respected and acclaimed New York Off-Broadway venue SoHo Playhouse.