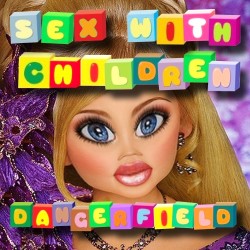 This isn't a play on words, it's about sex with children. You do not have to have been abused to attend. 'A natural physical comedian, a rubber-physiognomist with superb timing, and prepared to hot-wire his own psyche in pursuit of emotional range' (Will Self). 'The most controversial show of the Fringe' (Skinny). 'I love Dangerfield; he's got something special' (FringeGuru.com). 'Genius' (i-D magazine). 'Riveting' (Guardian). 'Absolutely hilarious' (Mackenzie Crook). 'See this show' (SGFringe.com). 'Awesomely full-on, hideously hilarious, eloquently told tale' (Kate Copstick, Scotsman). 'The words are mine but the meaning's yours' (Dangerfield). www.pay-what-you-want.info