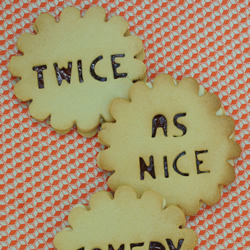 Twice as Nice Comedy Club is coming to the Fringe! Currently a successful comedy club in Hammersmith West London every Sunday night with big name TV comics alongside up and coming comics on the circuit. The show will be a combination of comics MC'd by the charming Sam Deards.