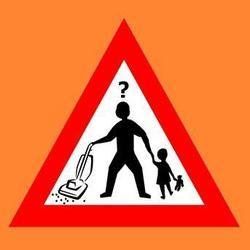 Hazard! Man doing woman's work! Mr Eden Rivers got together with a successful career chick, got her up the duff and married her. Bosh! Job done! A surprise second baby means Eden is to be a full time parent. Obviously, there is nothing more tedious than listening to someone waffle on about their own offspring. It's not about that. This is an uplifting show about adapting, failing, costly mistakes, growing up, digging deep, untidiness and love. Laced within tales of ineptness and buffoonery. A show suitable for anyone who knows anyone who has ever had children.