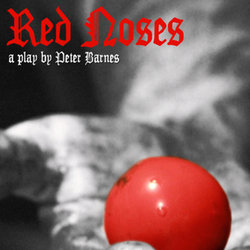 Peter Barnes' utterly brilliant 1978 play, Red Noses, was first produced by the Royal Shakespeare Company in 1985. Spanning three ghastly years during the 14th century when the pandemic was at its peak and claimed a third of Europe's populace, Barnes' play revolves around the efforts of kindly but frustrated Father Flote to bring solace to his rapidly thinning flock. As the social order crumbles around him, Flote, in a moment of divine revelation, seeing that his traditional priestly role is useless to save the people, dons a clown's nose and resolves to make 'em laugh instead.