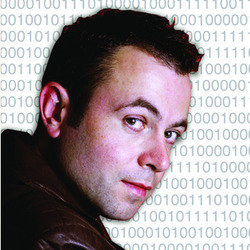 After the 2012 sell-out hit Control-Alt-Delete, Willis returns with a brand new computer comedy show. After 25 years using PC's, he's bought a MacBook. Which one will win out whilst he mines the data for laughs? 'Very funny. IT geeks will love it, and non-IT geeks will also love it' (ComedyFestival.com). 'Unpretentious, informal, belly-laughs-a-minute stand-up' **** (ThreeWeeks). 'Hilarious, never fails to entertain' ****(List).