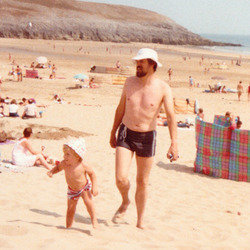 What would you do if a stranger asked you to father her child? If your dad thought dance school turned you gay? If you'd never seen the man behind the mask? A moving and unforgiving tribute by three performers whose faraway fathers might just make an appearance. International company Babakas take inspiration from stand-up comedy, contemporary dance and The Sopranos to tell a story that crosses borders and decades. 'Innovative, surprising and delighting' (TheatreFever.co.uk). Commissioned by China Plate, Warwick Arts Centre and MAC Birmingham. Supported by Arts Council England and The Wellcome Trust.