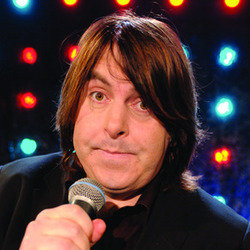 In the heat of a recent argument, Mick's family confronted him with his many shortcomings. You may have seen him on Michael McIntyre's Comedy Roadshow and John Bishop's Only Joking. Join this top-billing star of the UK circuit as he takes a long hard look at himself. Can he improve upon his less redeeming qualities? Does he even want to? As it turns out, there are elements of his darker side which Mick isn't quite ready to relinquish. 'Highly enjoyable' **** (Chortle.co.uk). 'Original and hilarious' (Big Issue). 'See him or regret it' (John Bishop).

Returning to the Fringe after the success of The Missing Chippendale (2010) and SOD IT! (2011) Mick Ferry: Has Been Found Wanting is a brand new solo show for 2013.

Recently, in the heat of an argument, Mick's family confronted him with his many shortcomings. In a short amount of time, all his flaws were pointed out to him with precise concision over the course of a debate.

Confronted with such stark revelations made Mick think - some he might change but others he'll not be prepared to!

Mick's relaxed story telling is central to his low key performance. His years of experience allow him to draw an audience in using just words, no gimmicks, no pandering, just great stand-up.

Join this top-billing star of the UK circuit as he takes a long hard look at himself.

Well known for his lugubrious vein, Mick has fast become a regular and well-loved face on the UK and International stand-up circuit. He has been seen on Michael McIntyre's Comedy Roadshow, John Bishop's Only Joking and has been invited to perform alongside stand-up luminaries Johnny Vegas, Sean Lock, Peter Kay, Al Murray and Steve Coogan having the honour of joining each of them as a special guest on live shows. He is also a regular performer in The Cutting Edge at the London Comedy Store and it is in this furiously paced show based on the week's news where he honed his skills for off-the-cuff, satirical and topical comedy.