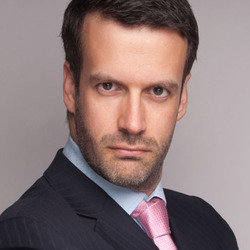 Top comedy guests will be forced to answer for every failing in today's society. Marcus's guests won't know who they are or what mistakes they'll be asked to defend until their Paxman-esque host makes it clear... Just like real guests on Newsnight and Question Time - they will have to improvise / bullshit their way out of trouble and they won't be released until they do. Imagine the most toe-curling interviews you've ever seen on TV. Live, improvised, outrageous, libellous and utterly hilarious. Book early!